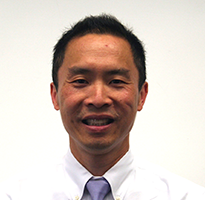 A team at the George Washington University (GW) was awarded more than $1.8 million from the National Institutes of Health to investigate the mechanisms driving dysregulation splicing factor expression.

RNA splicing is the editing of nascent precursor messenger RNA in which exons are joined together to form mature mRNA. The different combinations of exons can lead to proteins of different functions.

“Our findings in this study may explain the observed cancer health disparities in the African-American population relative to other population groups,” said Norman Lee, PhD, professor of pharmacology and physiology at the GW School of Medicine and Health Sciences and principal investigator on the study. “Our goal is to identify the mechanism behind dysregulated splicing and provide a mechanistic framework of population-related differences in alternative RNA splicing.”

The framework, Lee explained, could facilitate future identification of targets of tumor phenotype and disparities in the African-American population.

The grant will fund the study, titled “Consequences and Mechanism of Aberrant Splicing in African American Prostate Cancer Disparities” through February 2022.