Establishing the Divide Between Anti-Racist and Not-Racist 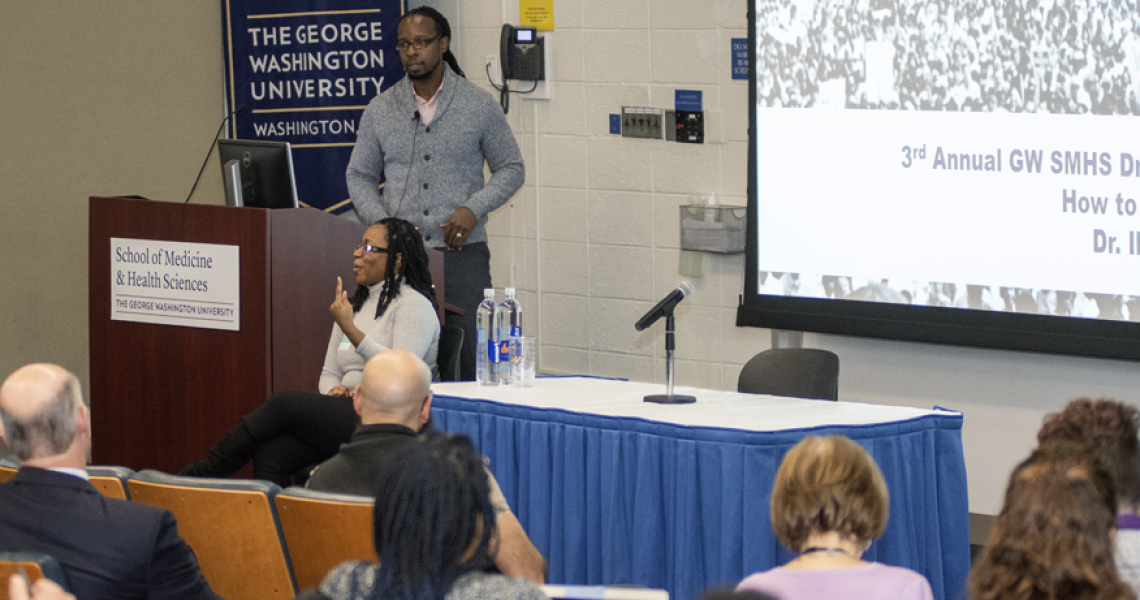 For generations in America, matters of racial equity and civil rights have been framed in rigidly defined terms: an act, a view, or a piece of legislation was either racist or not racist. The question, however, of what it meant to be “not racist” became more difficult to answer following the passage of the Civil Rights Act of 1964. The landmark legislation made it illegal to discriminate on the basis of race, color, religion, sex, or national origin. From that moment on, according to Ibram X. Kendi, PhD, professor of history and international relations and founding director of the Antiracist Research and Policy Center at American University, all one needed to do was remove any overtly racist language, regardless of intent, to qualify as “not racist.”

Kendi’s remarks came during the 3rd Annual George Washington University School of Medicine and Health Sciences (SMHS) Dr. Martin Luther King Jr. Lecture, hosted by the SMHS Office of Diversity and Inclusion, on Jan. 16. In his address, titled “How To Be an Antiracist,” Kendi contended that the idea of “not-racist” ideas or actions are not the counter balance to racist ideas or actions .

“What I have found in my work, is that the concept of ‘not-racist’ is itself a denial of racism,” he told the crowd of students, faculty, and staff gathered in Ross Hall. “The contrast we should be thinking about is racist versus anti-racist.”

Kendi began his address by presenting a different side of Dr. Martin Luther King Jr.; King the revolutionary versus King the dreamer. The King of 1963, he said, was by 1968 a very different person. Rather than the man who led the march on Washington, D.C., Kendi recalled a less familiar version of the civil rights icon. “The King who wrote, ‘When a people are mired in oppression, they realize deliverance only when they have accumulated the power to enforce change.’ ”

Kendi suggested that the march analogy — that there has been a steady march toward racial equity, with still some distance to go — is incomplete. The analogy, he argued, hails the nation’s progress, “but denies the racist progress that has been made. It’s a dual march of racial history, racial progress alongside racist progress … . It’s a progression that liberals too often downplay, and conservatives largely dismiss.”

In closing, Kendi addressed what public institutions, as well political leaders, ought to be mindful of when evaluating the racial equity of existing policies.

“I think if we can agree on the principle that if a policy creates racial inequity, it’s racist,” Kendi said, “then we should work to change it.” Typically, he continued, if a policy or law leads to greater inequity, society tends to blame the people and not the policy. “We say ‘If only those people would behave better, would eat better, if they would only do this or do that, the health disparity would cease to exist.’ When in fact, maybe it’s the policy itself that’s to blame.”